On this day ante diem VI idus quinctilias (July, 10th) in 138 A.D., Hadrian died after a heart failure at Baiae on the Bay of Naples.

Hadrian spent the last moments of his life dictating verses addressed to his soul. According to the Historia Augusta, Hadrian composed the following poem shortly before his death:

These five lines defied translation. Nobody knows what they really mean, yet there have been forty three translations from the best English-speaking poets. Anthony R. Birley writes: “Few short poems can have generated so many verse translations and such copious academic debate as these five lines—a… 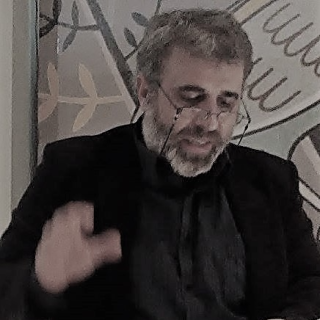 No! I am not Prince Hamlet, nor was meant to be; Am an attendant lord, one that will do To swell a progress, start a scene or two Advise the prince; no doubt, an easy tool, Deferential, glad to be of use, Politic, cautious, and meticulous; Full of high sentence, but a bit obtuse; At times, indeed, almost ridiculous— Almost, at times, the Fool. 1. The Love Song of J. Alfred Prufrock ( Excerpt)

Reviews of art, culture and literature

The global community of academics, practitioners, and activists – led by Dr. Oleg Komlik

If ... there be kindness I can show, or any good thing I can do to any fellow being, let me do it now, and not defer or neglect it, as I shall not pass this way again. ~ Etienne Grellet

“Where there is perception, there is deception.” Buddha

Commenting on developments in the English language

The trials and tribulations of four gravitons and a physicist

adventures in a mainly literary obsession

Lover of math. Bad at drawing.